So, today marks my one month anniversary of eating vegan! Where has the time gone?

Looking back, I was a little bit nervous to try veganism out, as I had so many people warn me that it’s unhealthy or that I wouldn’t be getting enough protein or that I would look emaciated. What I’ve learned through out my experience is that those are all wrong, wrong, and wrong. Of course if you don’t eat a balanced diet, any of that could happen, no matter what kind of diet you lead.

It’s all about being informed! Half the stuff I know now, I had no clue about prior to eating vegan. It’s a learning process.

For today’s post, I thought I would include the most common questions vegans get asked, as I’m sure plenty of you have these questions.

“You’ve got to hand it to meat and dairy industry advertisers; they have a product to sell and that product is high in protein. They have accomplished one of the greatest deceptions of the American public, scaring us into believing that you must have animal’s protein (and lots of it) to survive, build muscle, have healthy babies and so on. It is simply not true. Plant protein is not inferior or even scarce. Plant protein is abundant and if you’re eating a healthy, balanced vegan diet, you’re getting it.” -One Green Planet

I get my protein from legumes, whole grain, and veggies, and plenty of it!

“We are evolving. We now live in houses, use computers, freeze our food; would any of this be considered “natural?” The more we learn about the abundant benefits of not eating animal products, the less “natural” they will seem.” -One Green Planet

We don’t go out and hunt our prey like natural carnivores do, nor do we salivate and think about dinner when we see roadkill. Humans were not created as carnivorous beings, but have simply evolved to be that way by the food industry.

Everything besides meat, dairy and eggs! There are so many vegan options. After going vegan, most people discover more variety in their diet than ever before. Healthy options include whole grains, like rice, quinoa, millet, amaranth and so many more. Then there’s pastas, breads, polenta, tempeh, setain, tofu, and beans galore. AND nuts (my personal favorite)! Then, of course, there are loads of fruits and veggies to choose from. Going to health food stores can also really open up your eyes to all the possibilities!

“Beans, rice, bread, and pasta are some of the least expensive foods in the supermarket. Where it starts to get pricy is with the faux meats and cheeses that are highly processed and not all that good for you (although it’s healthier than meat!). They should be eaten sparingly anyway.”

The large quantities of produce is where it gets a little pricey, but here are my thoughts: I would rather spend a few extra dollars on my grocery bill now then hundreds of thousands of dollars on triple by-pass surgery or chemo in the future, not to mention the suffering of a chronic degenerative disease.

“You can reduce your chances of this terrible fate significantly, all while protecting animals and helping save the planet. I would say that is worth a few extra bucks.” -One Green Planet

Contrary to popular belief, you can build muscle on any protein, animal or plant. The list of incredible vegan athletes may open your eyes a little, as well as vegan body builders and vegan world champion ultra-marathoners.

“There is no nutrient in animal products that can’t be found in a superior plant source. Superior, because plant foods are high in fiber, antioxidants and phytochemicals, and unlike animal products, contain no cholesterol or high saturated fat. Generally, when people are “feeling low energy” and think they need protein, they just need calories. Even the American Dietetic Association proves that there is no need for meat to build muscle.” -One Green Planet

No matter where you are traveling, within the U.S. or abroad, you can almost always find vegan food. You may have to dig a little deeper, put forth a little more effort, but you’ll always find something.

Going out to restaurants can be tricky as well, but they will almost always try to accommodate you with something, even if it’s not on the menu. A tip I’ve heard is to tell the wait staff you are allergic to grab their attention a little better. A little white lie sometimes will do the trick.

If you can, though, the key is to plan in advance. If you’re planning a trip, research the dining options, and always pack snacks if you’re able to.

In other words, the person is asking “Aren’t you a hypocrite?” As for all things in life, we must pick our battles. All vegans are different. Some choose to focus more on what they are eating, rather than the products they are using in their day to day lives.

We do what we can, and avoiding meat, dairy and eggs is a noble endeavor, no matter what degree you take it to or what you wear on your feet.

Now that you have all these answers, I’ll fill you in on some amazing vegan benefits, or veganefits. 😉

The vegan lifestyle has a world of benefits:

And incase you still aren’t sure about this whole vegan/vegetarian thing, here are some people you might be familiar with that are. 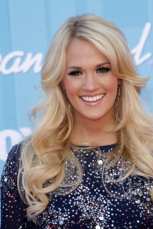 I hope you were able to learn a little today! I’ll be off celebrating this special day and marking in my health history.

I feel fit, fabulous, and just as energetic as ever! I highly recommend giving it a go. It’s easier than you may think.

This vegan is out!

4 thoughts on “My 1 Month Veganniversary”

I'm Colleen-- just a college kid with a passion for healthy living!